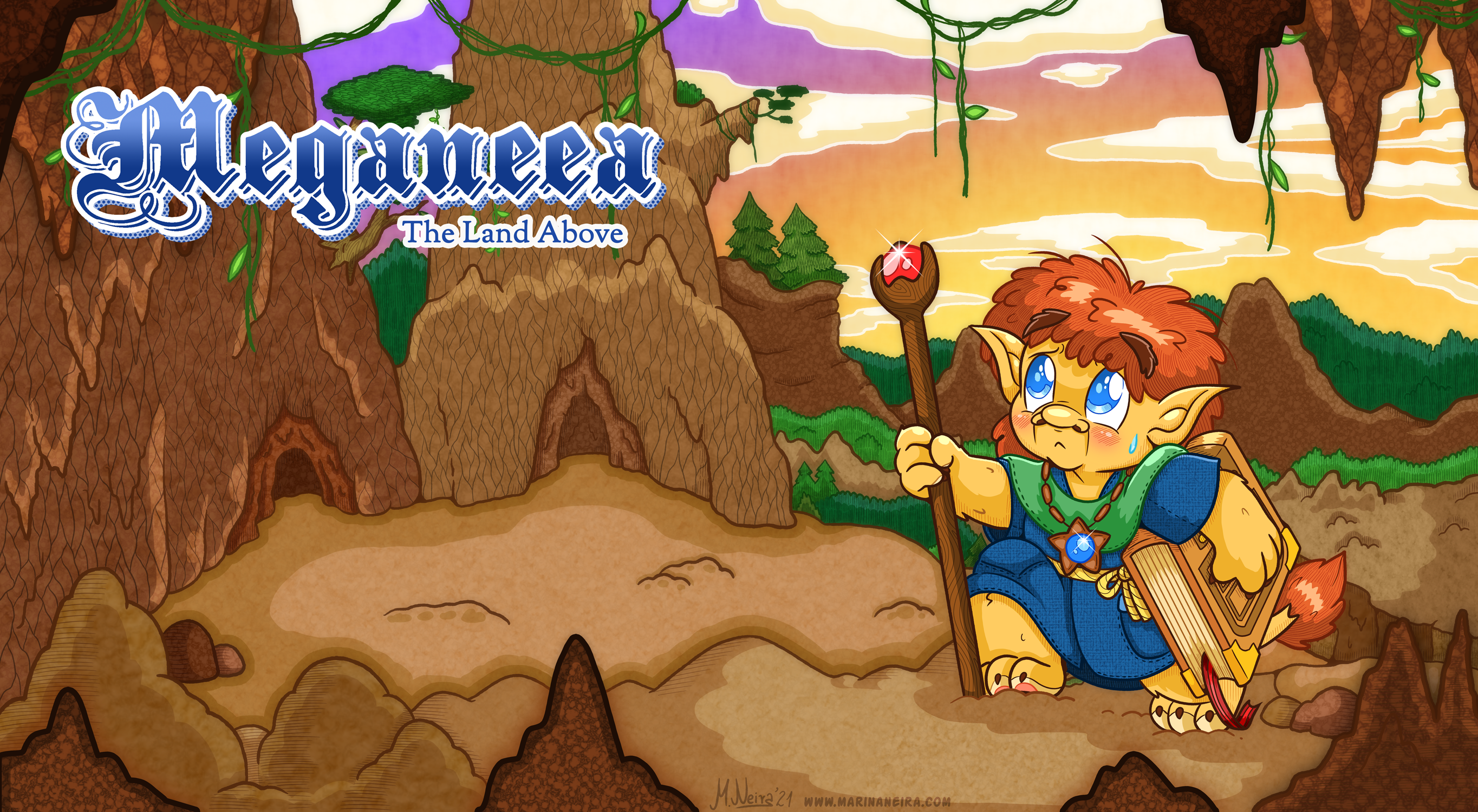 Hello, everyone! I want to begin by thanking all of my Patrons for a second month of support. Both in a practical way when it comes to the funds I get, and in an emotional way in terms of encouragement, your pledges keep me happier in my work, doing my best. Thank you to all of you, especially those of you who are now on your second month.

As you may recall, even when I made my first Patreon page a big goal was to fund my books. Or rather to be able to get the funds needed to set time aside to work on them. In the end it was a bit of a catch-22: with no time to dedicate to my books due to commissions, people couldn’t get to know the projects well enough and regularly enough to develop an interest in helping them progress.

This tier allows you to sponsor a chapter of one of my fantasy novels (currently, Meganeea) by funding the time it takes to bring it into existence. I will set aside three full days to work on a chapter for every Patron who pledges to this tier, up to two Patrons per month (currently). As the funds will allow me to set time aside to work without any other distractions I expect this to be long enough to finish writing a new chapter.

In addition, you will receive a shout-out at the top of the chapter when it is posted on my blog, and when I am able to publish the book in physical form, you will be credited in the book itself for sponsoring the project.

This tier is a bit of a pipe dream. It’s one of those things that I feel will probably not work, but if anyone out there believes in me this much, I may not find out unless I make this option available. I’m not sure anyone will want to sponsor me to this degree, so naturally, I create this tier not without some level of trepidation. However, progress on my books has stalled without having it funded in a more direct manner. Even if you can only pledge as a one-time deal, giving me the luxury of being able to work on even a single chapter is hugely important to me.

By pledging to this tier even once, you are letting me know the most important projects of my life matter to you. This is also what brings me the most joy. I’m grateful if you consider it even for a moment.

You can view my page and consider making a pledge by clicking on the button below: 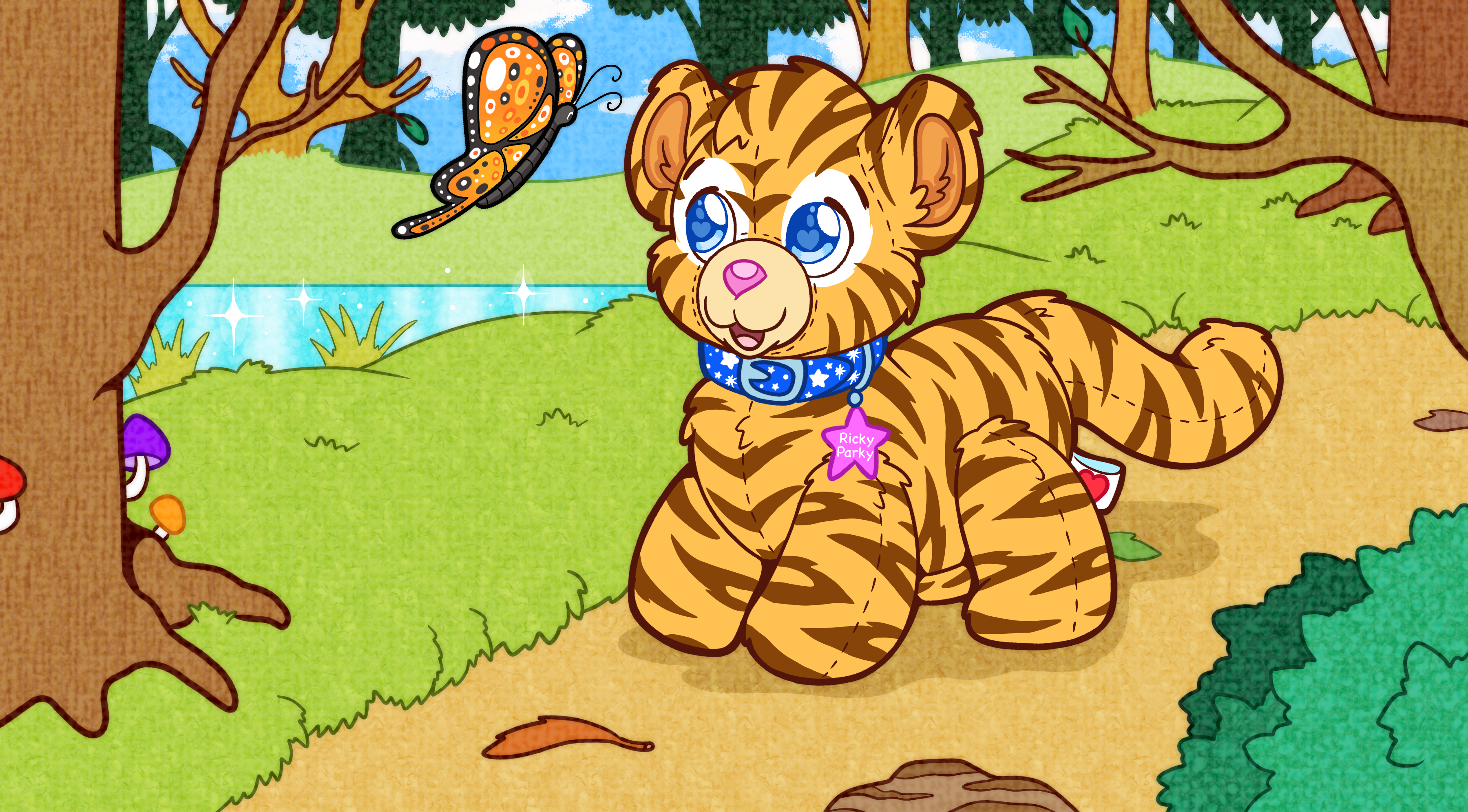 Last Saturday was our sort-of weekly adventure day! The three of us went to Bill Baggs Cape Florida State Park. Did you know that if you ask Google to navigate to Bilbo Baggings Park it defaults to Bill Baggs… I thought that was pretty funny. Anyway that’s what we call that park. I’d been missing bringing a bear along for photos, so I took Coffee Cake along for the ride:

At the gate of the park, this massive lizard was sunning itself. It almost looked like a sculpture.

First in our itinerary was the lighthouse, because the last tour would take place at 1:00pm. We were early and close to the beginning of the line, so we were the third group in. Here are some photos of the outside:

And of the lighthouse itself as we approached from our place in line. It was 95 feet tall!

Going up the seemingly never-ending staircase is a real workout, and gives a bit of a claustrophobic feeling. Even today my legs are still super sore from it. My uneasiness going up wasn’t improved by having one of my ankles suddenly grabbed from below as a joke, I’ll leave you to guess by who. 😑

Once you made it up, the views were pretty spectacular.

Got a pretty cute photo of my two dorks while at the top. I’m gonna print it and put it on my desk. 🥰

Once we got back down, I wanted to take more photos of Coffee Cake but the wind kept trying to blow him away, so Christopher helped steady him. They look so cute together that I am going to print this one, too.

After that we went to lunch. We were absolutely starved, and it was good, but the prices were ridiculous. The tostones you see, with the little saucer of shrimp sauce and with a plastic spoon, cost $19 (what?!)

The flan I got for dessert was delicious, but not better than the one my mom served me. I need to bring some of that home to share.

After lunch we went on a little nature walk, and I got some nice pictures.

We tried his patience every time we wanted to stop to look at things, so he’d just walk away at times. 😁

The end of this trail brought us back to the lighthouse.

We stopped a bit so Christopher could rest. Even though he was still smiling his back hurt a lot. I picked some flowers and put one in Fern’s glasses and one in Christopher’s hat but unfortunately you can barely see it… they looked very cute.

From where we sat we could watch the sea…

It was a very nice outing, I was so tired though. I kept nodding off in the car. We got Wawa shakes on the way back and then had a nap.

For dinner, we had Pollo Tropical. I had one of their little empanadas for the first time, it was so good! I want to have them again.

That’s all I’ve got to share for now. I hope everyone’s week is off to a good start!

Here’s the recent banner drew for the “My Life” post category! Figured it was time for something new.

Here’s a timelapse of the newest banner for my blog, featuring Ricky!

Here’s a timelapse of the warm-up for Thaumius! 🌈✨

Here’s a timelapse of the warm-up for Pukopop! 🌈✨

March warm-ups are not yet officially open, but will be soon!