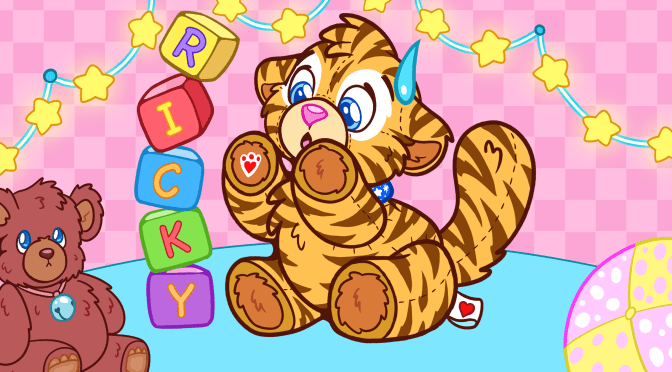 I am now the proud parent of a Spring Green BAB froggy!! Guess what I’m naming him.

I had a $10 coupon so he was pretty affordable. I will say, I was assisted by the most “done with life” Build-A-Bear employee EVER. It was like making a bear with Daria as the employee. No smiles, no nothing. Lol. Anyway, I bought the boots new, but otherwise dressed him at home. This is what I first dressed him in:

After that I made him his name necklace (and yes, his name REALLY is “Dat Boi”), gave him a bandana, rainbow leg warmers, a rainbow frog pin, some colorful chain to decorate his straps, and a froggy onesie to wear underneath his overalls. Plus, of course, the shiny red “wellies” as the Brits call ’em. Now he’s ready to go on an adventure! 🐸🌈✨

Will you go with him? He wants to hold your hand, and hopes you won’t be too grossed out if he sneaks a fly or two during the walk. 🙊

I have griped often, and repeatedly, about the terrible quality of Build-A-Bear toys. There are BAB fans these days who did not get to experience the BAB plushies I got to make, 19 or so years ago. The quality was on a very different level.

But once in a while there’s still a winner: like my Ricky Parky, and now Dat Boi, who is also very much a keeper. I am expecting my Bear-Lien (who is arriving Thursday, and I am naming Orion) to hopefully also measure up!