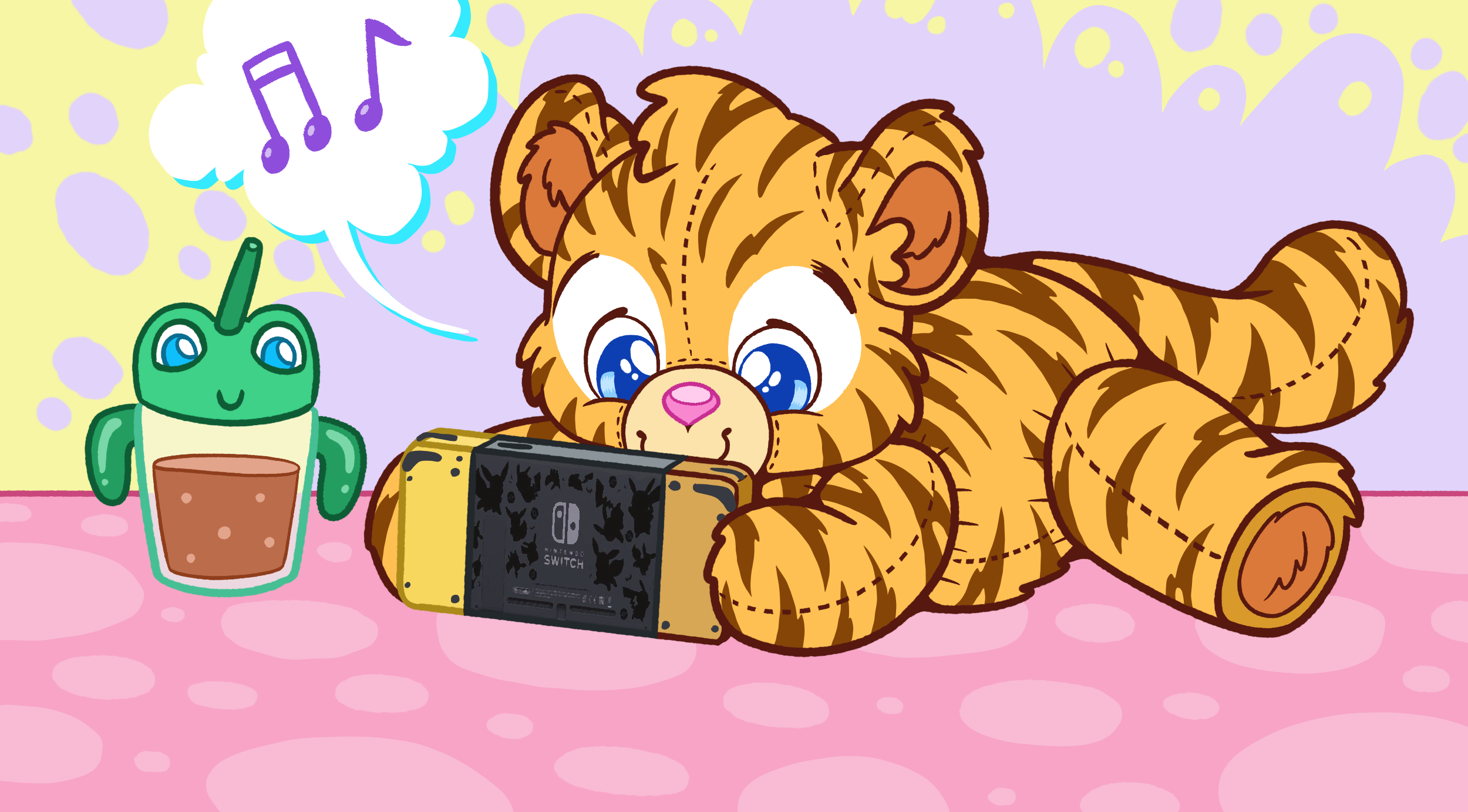 So last night ended a little rough. Completely from out of nowhere I got these terrible stomach cramps and I’m just gonna… omit what followed, but it was bad. I had to completely abandon the dinner I was in the middle of cooking for poor Christopher, and it took me a full two hours to recover. In the end Christopher made me a biscuit with butter and some scrambled egg and tea, and that rejuvenated me. But it spoiled our evening overall. 😞

Today I’m still not 100%, but better. Kinda. I hope I don’t take another bad turn as the day goes. I have so much to do…

I ended up playing more Giraffe and Annika in bed, so I have a few more screenshots to share:

It truly is a lovely game, very relaxed… the best part has to be the music, it’s so Ghibli-esque, and Anikka is such an utterly adorable character.

I did get to my first boss battle, and gosh I sucked at it (though I did win by button mashing). Battles are a rhythm game, and that is not my forte. I cannot keep a beat to save my life.

There are also “cards” to collect as you go along, called “Meowsterpieces”:

The story starts off very cryptic and still is for me, but it’s become clear in a comic snippet and by this dialogue that Giraffe is quite a bit older than Annika:

So yeah, defeated a boss and learned how to jump, I am also able to replay the rhythm games now, so perhaps I’ll improve. ^_^;

I have a few more entries in drafts so hopefully I’ll get them posted today.

With Code: Realize ~Guardian Of Rebirth~ sadly behind me, it’s time to play Giraffe And Annika, hopefully to completion, before I can get my hands on Code: Realize ~Future Blessings~. Today I played for barely a few minutes, but it looks like a delightful time.

It was a treat to finally get to open this gorgeous box:

As you can see, it comes with an artbook, three tiny patches, and a music CD. The music in the game already sounds wonderful so I’m happy about that. It’s a gorgeous collector’s edition.

Annika is an adorable character. Sometimes she appears drawn, sometimes in 3D. She’s always very cute and a joy to play.

Mwako bought it for me in exchange for two Telegram stickers, and since drawing him is hardly work, it’s so much fun, it was certainly worth the trade.

For playing games like Giraffe and Anikka, this controller is a delight. I’m very, very happy!

Christopher wanted to take advantage of a Best Buy sale today, so we went out! I wore my new ODU onesie that Yookey designed. It has the cutest pastel dinos all over it:

Christopher has really been spoiling me lately. He got me another new game, Giraffe and Annika: Musical Mayhem Edition, which I’ve promised myself I will not open until I’ve finished Code: Realize / Guardian Of Rebirth.

This game just looks like the cutest thing from the box alone! It’s also quite well reviewed.

It’s a big thick box, comes with lots of goodies: a CD with the soundtrack, an art book and three patches!!

We also had McDonald’s for lunch. It was a really cheerful outing. Christopher tempered his spoiling of me with savage one liners such as:

And, upon me commenting about it being a one-player game: